Mixing up breakfast in the most delicious way with blueberry flavored french toast made into vegan breakfast muffins! Easy to put together and prep ahead. 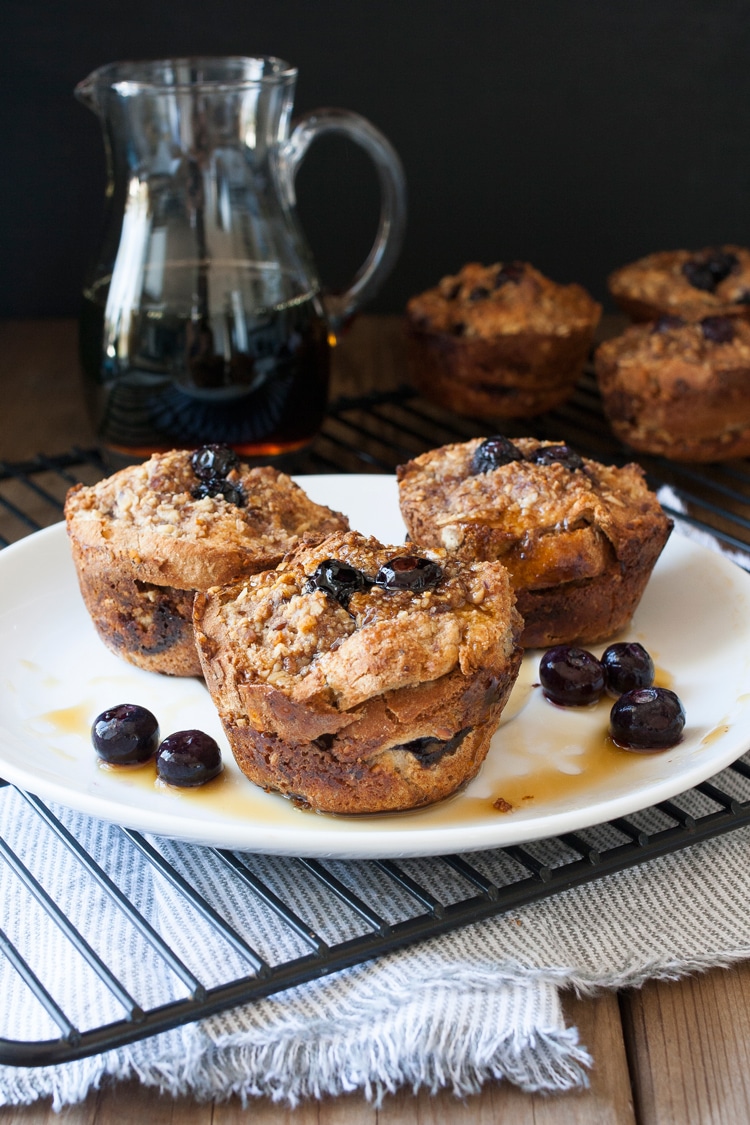 This recipe was originally published on 7/7/2016

This is a sponsored conversation written by me on behalf of Silk. The opinions and text are all mine.

Making french toast an easy grab and go muffin is one of the best ideas I’ve had! I love that you can prep these ahead of time too. If we’re running late, which is regular life with 3 kids, they are easy to take on the road!

Muffins are great and all but the crumbly texture as my kids shovel them into their mouth can drive me batty. So when I took the idea of traditional blueberry french toast and formed it into a portable muffin, I considered myself a genius.

The flavor of french toast is infused into these little packages, but the annoying method of dipping and frying the bread is gone. You simple need to layer and pour the liquid in, then bake until crisp perfection.

You can take them as is on the go, or serve them on a plate and pour that maple syrup right on top! 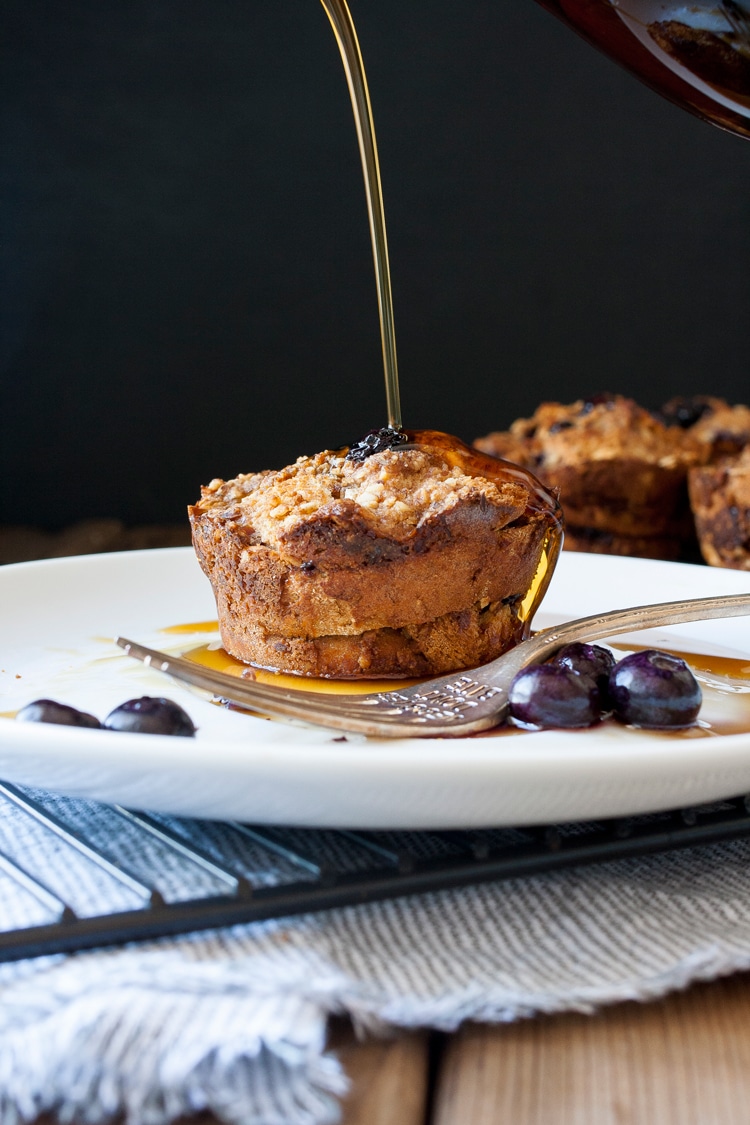 What is French Toast made of?

Traditionally, french toast is made of the following main ingredients:

The bread is dipped into the egg mixture then fried until crispy. Maple syrup, powdered sugar or other toppings like fruit are served with it.

Is French Toast bad for you?

To make French Toast a little healthier and vegan, I took the main ingredients and replaced them with healthier versions. I used a whole grain bread, but your favorite gluten free option works great too.

For the egg mixture I took a plant based milk mixed with ground flax seed and almond flour to mimic the thick egg like texture of the traditional mix. Instead of sugar, I sweetened it with a touch of maple syrup.

I also baked this recipe instead of frying it in butter or oil. This cuts out a lot of the unnecessary fat.

Using these whole food based ingredients and baking instead of frying, helps make this french toast muffin a healthier option than the traditional.

These breakfast muffins can definitely be made the night before and stored in an airtight container or just straight on the counter for the next morning.

If you store them in a container, you need to make sure they are completely cooled before doing so or they will get soggy from the moisture the heat creates

Another idea is to bake them a few minutes less, then pop them in the toaster when you’re ready to eat them. This helps add the just baked crisp on the edges.

I have kept these for 2 days with success but any longer than that and they really dry out.

What texture do french toast breakfast muffins have?

The texture in these are just insane. A few things came together just right to contribute to the texture perfection.

Using nice soft bread, the frozen blueberries, the coconut butter in the crumble and the creamy Silk Cashew Milk in the french toast liquid. 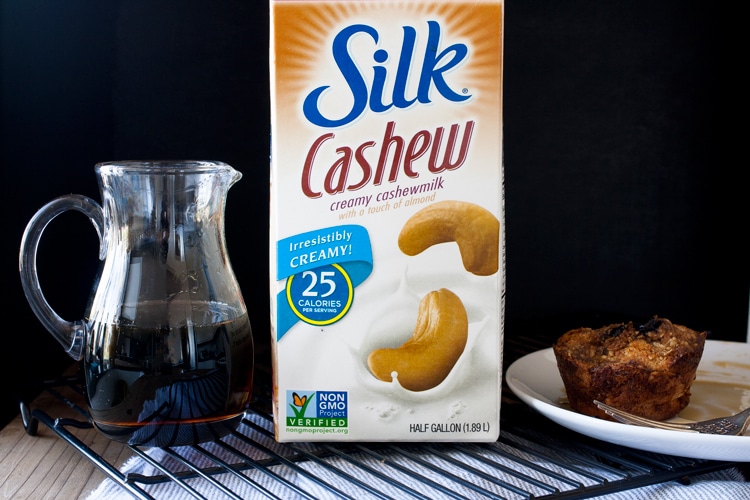 I first created my vegan French toast when I made Cinnamon Apple Pumpkin Pie French Toast last fall. I have a little secret ingredient in the dip that gives it a tad of an “eggy” taste without the actual eggs, and it works perfectly in these baked french toast muffins too (see recipe notes)!

The crumble topping I use here is also from another recipe, my Baked Cinnamon Caramel Apple Pecan Pie Jars, and it gives these muffins an awesome buttery flavor and helps keep them nice and moist.

Throw it all together and you get French Toast breakfast muffin perfection. 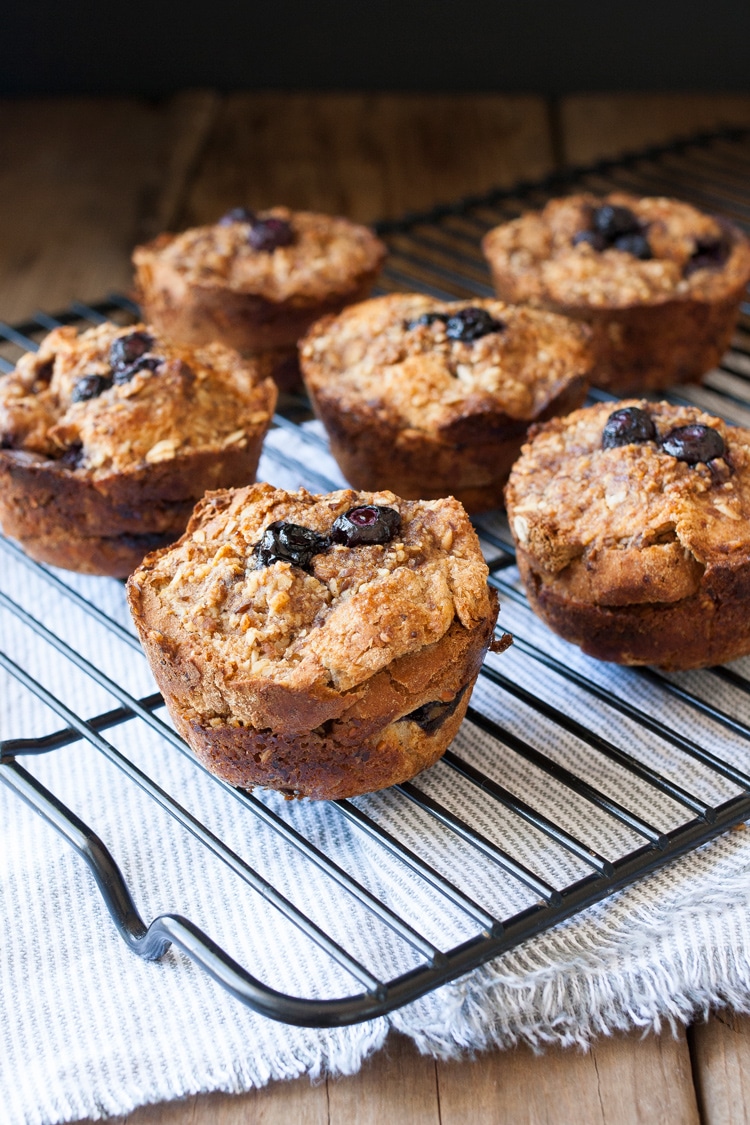 Can you prep breakfast muffins ahead of time?

Absolutely! I prep ahead to make these easy all the time. Here are my best tips:

These are easy to put together once you have mixed all the ingredients:

Once ready, you end up with a perfectly crispy on the outside and deliciously soft and yummy in the middle muffin cup! 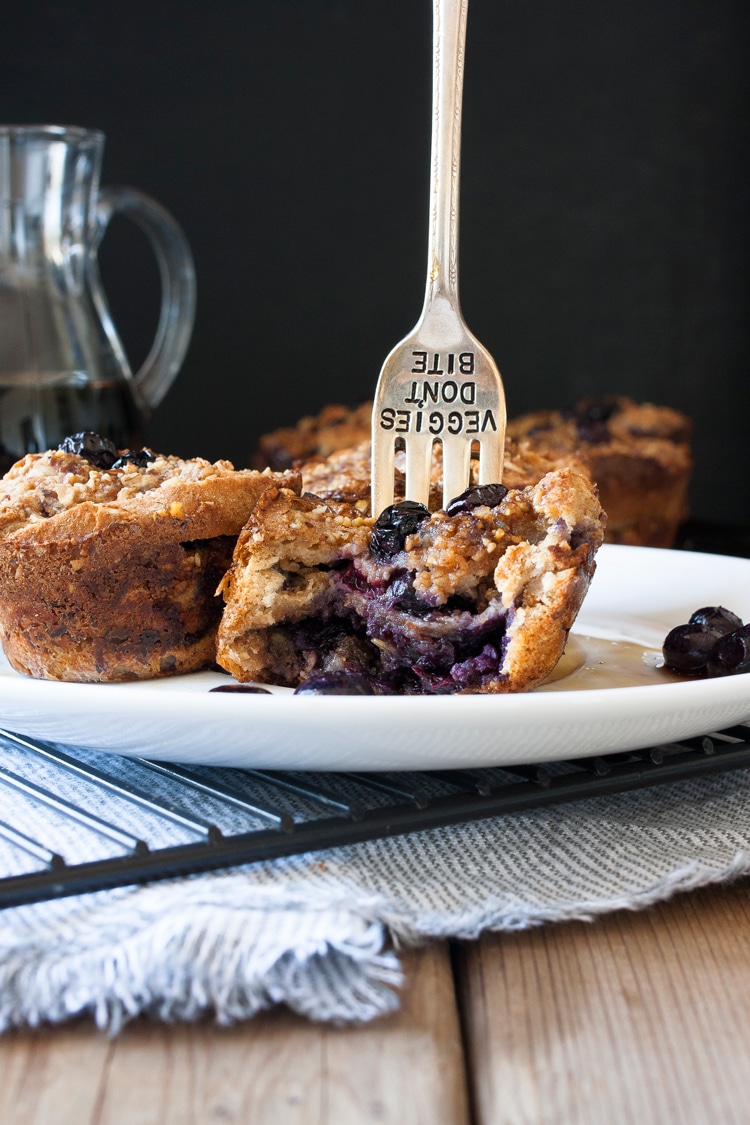 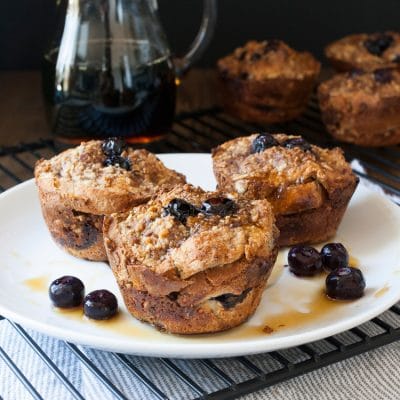 Layer as follows in each space of your muffin tin:

This is a sponsored conversation written by me on behalf of Silk. The opinions and text are all mine.