Your favorite Greek greasy indulgence gets a make over! Now super healthy, vegan Greek gyros, loaded with protein and full of pure authentic flavors and seasonings. 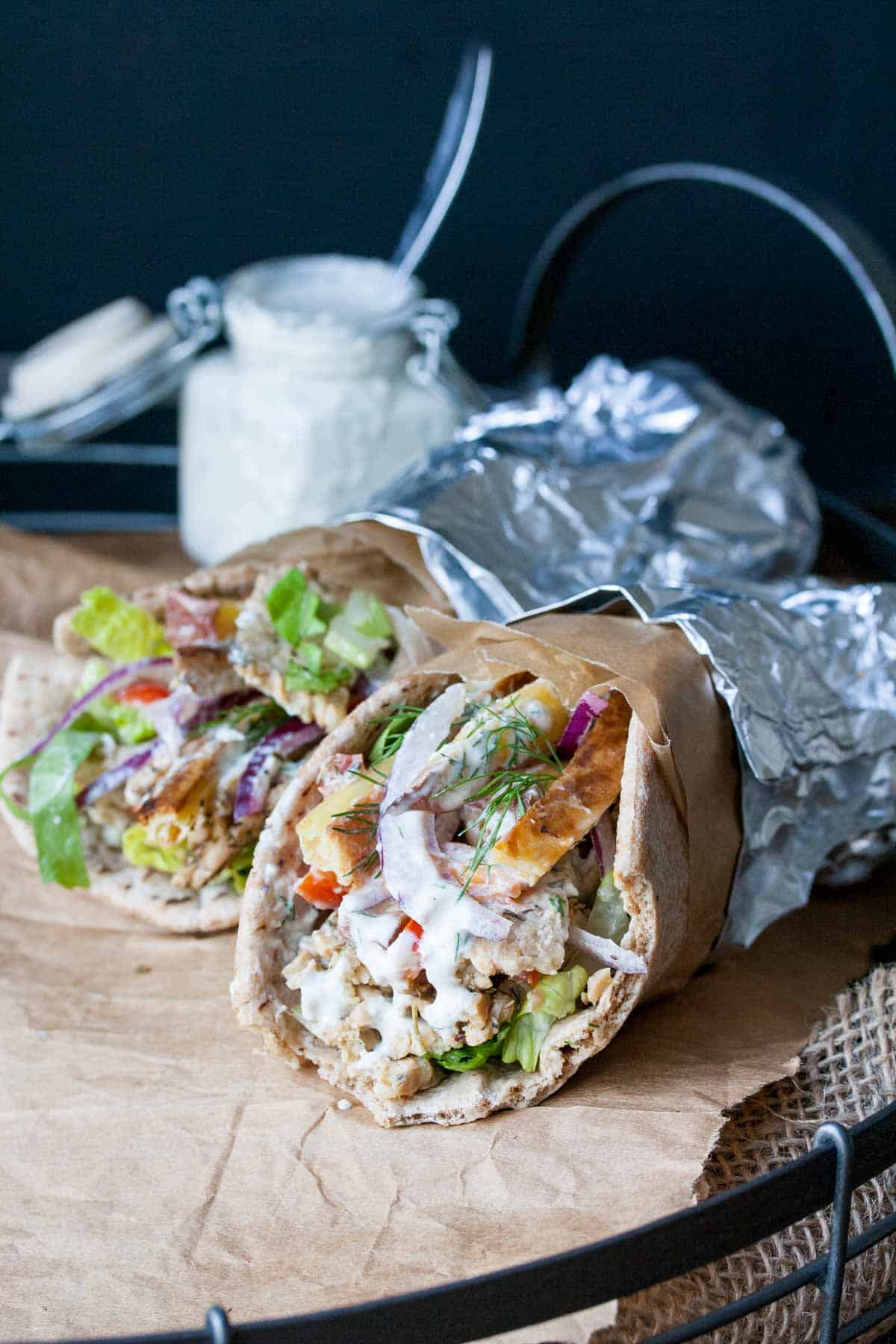 Anyone else spend a year in Greece gorging on greasy delicious gyros at two in the morning after a night out at the bars? I see you Greeks out there nodding. This was my year abroad when I was supposed to be taking college classes to bring back credits to UC Davis for my senior year. Although biology was my major, I opted for more of a social study term instead 😉

Turning the unhealthy greasy gyro into a weekly staple

Once we changed our diet ditching our meat filled meals, I knew there were some must have foods I needed to convert. Gyros are traditionally a thinly sliced lamb and that clearly wasn't going to cut it for us anymore. So I put on my science hat and got to work in my lab...aka kitchen.

There are so many ways to make a gyro. I found loads of options when I did a search:

I really wanted to hone in on that traditional flavor and texture so I played around with the tempeh idea. I was not a fan of tempeh the first time I tried it. That bitterness...nasty. Then I learned that you can boil it to get the bitter taste out. Genius!

Once it's boiled, you can use a sharp knife to cut thin slices. If you over boil, it can crumble if you slice too thin so watch it, but even so, crumbles are still delish. All you need is to soak these puppies in marinade and you are good to go! 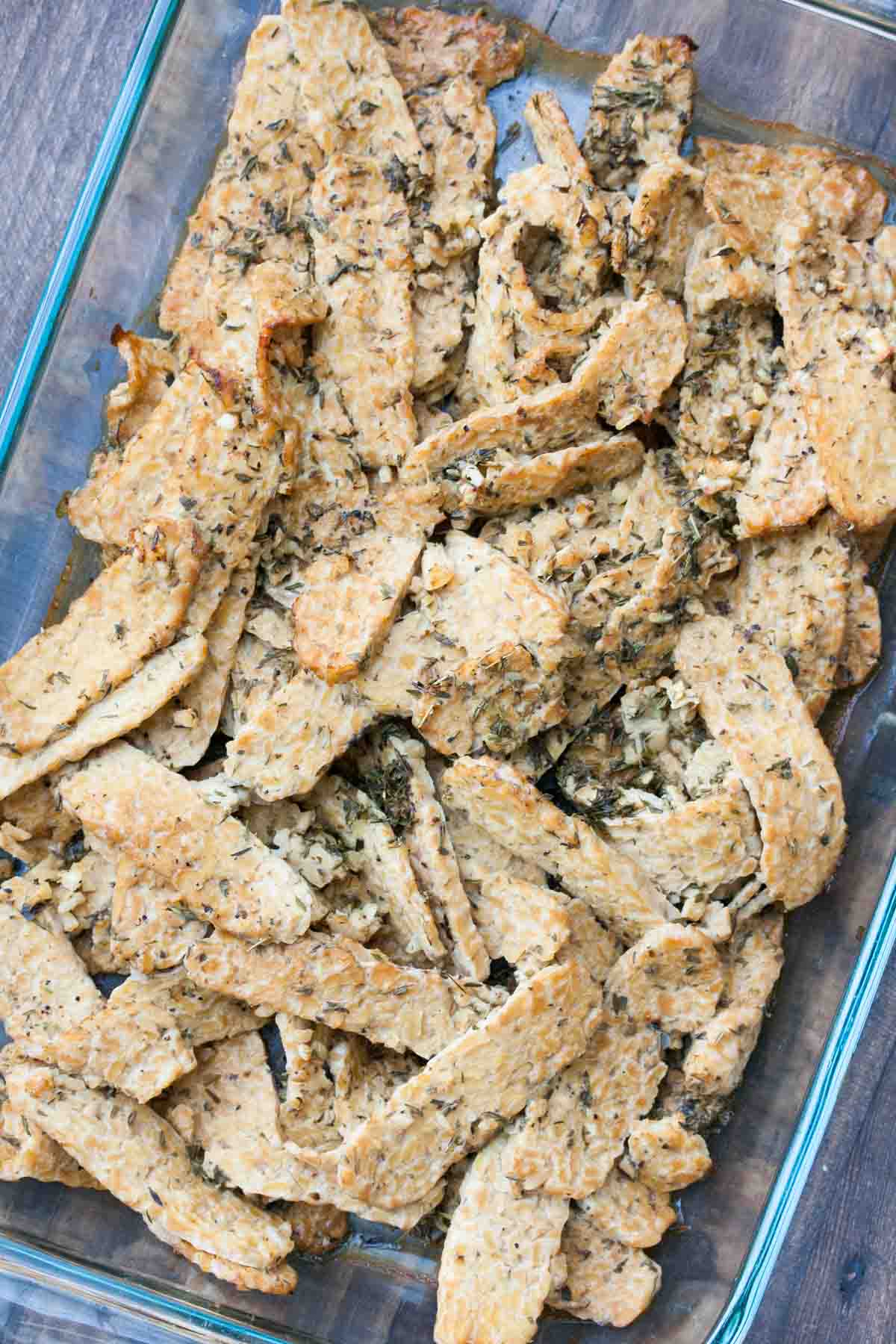 That Greek marinade though

After using my mamas traditional recipe to basically nail my Vegan Tzatziki, I went back to her for the perfect marinade. I basically took her flavors, added the broth for soaking plus an ooomph of Tamari for the salty taste a gyro must have, and let this tempeh soak it all in.

Boom. Success. Load these up with ALL the fixings (fries are where it's at), smother it in Tzatziki and dive in like it's two in the morning and you've just danced your ass off.

These Vegan Greek Gyros look pretty amazing, don't they? Go ahead, one small lick of the screen. 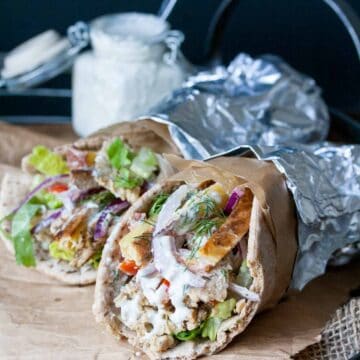 Marinating the tempeh (you can do this first before you prep everything else or the day before for maximum absorption and flavor):

Once tempeh is ready: