Incredible Greek food in the healthiest way possible. This vegan moussaka gives the original version a run for its money! Creamy, satisfying and delicious. 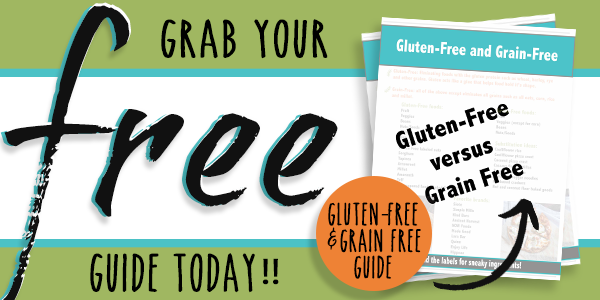 This is a sponsored conversation written by me on behalf of Ralphs. The opinions and text are all mine.

Eeeek!!! The holidays are right around the corner. Am I the only one freaking out? It’s officially go time, and this is going to be top of my list this year. Creamy, satisfying and delicious. And, it’s based on my Greek mothers authentic recipe, this is the real deal people.

Growing up Greek, moussaka is something my mom made at home. It took some work, so she usually reserved it for special occasions. Since I love having something different when I host Christmas, I decided that it was time to make this traditional Greek recipe vegan.

What is moussaka made of?

Traditionally, moussaka is made of cream and meat. Two things that are not part of a plant based diet. But I knew that with some experimenting, I could make it happen.

After the success of my Greek Vegan Pastitsio, this vegan moussaka has been on my list of family recipes to create and post, which made it a perfect recipe to create as part of the Ralphs Thanksgiving campaign, showing people how great a plant-based main dish can be for the holidays.

I used the Ralphs Private Selection and Simple Truth Organic products and got busy in the kitchen. I think I hit it out of the park with this one.

The creamy béchamel I knew I could easily do. The meat sauce was a little trickier. I went with the traditional lentil base because I really like the texture of the lentils, but I wanted a little more to it.

That’s where I added some chickpeas and walnuts to the mix. I went with the dried chickpeas (soaked overnight) because I think they have a much meatier texture.

Cooking both the walnuts and the chickpeas with the rest of the sauce helped soften them a bit, and pulsing the mixture at the end gave it that perfect consistency. I love the added layer of texture and flavor these gave to the vegan moussaka!

Can you make Vegan Moussaka ahead of time?

Moussaka is a love hate kind of recipe. It is SO good but takes some work. However I have a few tips on how you can prep this recipe so that is isn’t so hard the day you need it.

Store all of these in the fridge until ready to use. I would suggest that you make these no more than 2-3 days ahead of time. You can also make the meaty filling and béchamel and freeze them until ready.

The moussaka itself can be made the day before you want to serve it if you don’t have time the day of. I would half bake it, then bake it the rest of the way the day of. Make sure to check to see if you need to add some broth to the dish so it doesn’t dry out when baking.

If it starts to get too dry and burn at the bottom, then just drizzle a little broth along the sides so it sinks to the bottom of the dish.

Tips for freezing and storage

You can also make this moussaka ahead of time and freeze until ready to eat it. Nothing is as good as it is fresh, but this recipe freezes pretty well. Make sure it has cooled completely before you attempt to freeze it. Here is how I do it:

You could also cut it into pieces, then wrap in plastic and foil and store in an airtight container in the freezer. When you are ready to eat it, defrost it on the counter. Then you can heat in the microwave or reheat in the oven adding a drizzle of broth if it starts to get dry or burn.

How to Make Vegan Moussaka

Not going to lie, this one takes some time and effort. But it is SO worth it! You can also check out my tips on how to prep ahead to make this easier.

Side trick I learned if you don’t like eggplant, you can sub with potatoes or zucchini! Not the original idea, but it does the trick and it’s pretty good!

What do you serve moussaka with?

When it comes to moussaka, you don’t really need to serve it with anything because it’s an all encompassing recipe. You have protein, and grains and veggies so one and done!

But, if you wanted to make something a bit extra, I suggest serving it with a salad, greens or veggies of some sort. Here are some of our favorite sides for moussaka:

Put the moussaka together:

Keyword Moussaka made with vegetables, Moussaka without meat
Tried this recipe?Let me know how it was!